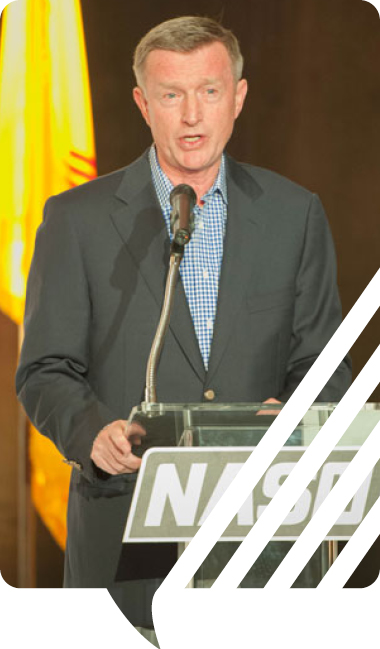 One of football’s most respected officials’ administrators.

Outside of Carollo’s football and basketball officiating experience, he also umpired baseball and two other sports at the high school level. During a period of time in the late 1970s and early 1980s, Carollo served as the official scorer for the American League at Milwaukee Brewer games.

During his time as director of the NFL Referees Association, Carollo was the union representative of NFL officials from 2000-2006, including during the tumultuous 2001 NFL season. The NFL and NFLRA eventually came to a six-year collective bargaining agreement ending a two-week lockout of the regular officials.

Since 2009, Carollo has been the treasurer and a board member emeritus on the NASO’s board of directors.

Carollo worked for 30 years at IBM as an international account executive before becoming vice president of global sales for ManpowerGroup.

Every Saturday is judgment day

Super Bowl XLVI: Making it to the NFL's biggest game a thrill for referees, too

The men making the calls want to make sure they don't steal show.