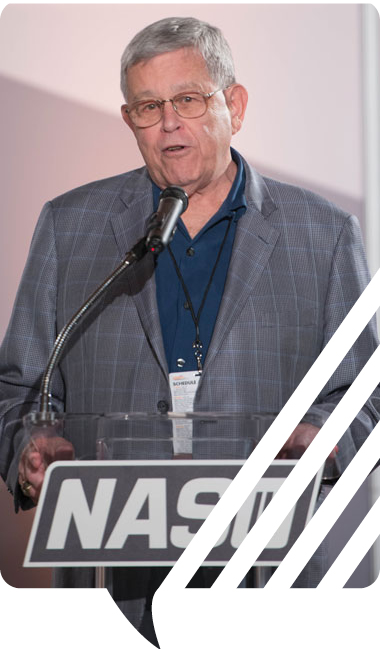 One of the most recognizable former NFL referees.

Markbreit worked for 3M Company for 38 years. Prior to his retirement, he held a position unique in the business world: trade and barter manager. He daily negotiated and traded millions of dollars of advertising, media time, materials, etc., with businesses throughout the world.

In addition to writing three books, Markbreit wrote a weekly football column for the Chicago Sun Times for several years while working college football. His 1988 autobiography, Born to Referee, remains the single most popular officiating biography ever published.

He served as an assistant supervisor and trainer in the NFL office and now focuses his time on training collegiate officials in the Big Ten, Mid-American and Missouri Valley conferences.

Jerry Markbreit appeared in a feature article in the August 2007 issue of Referee Magazine. 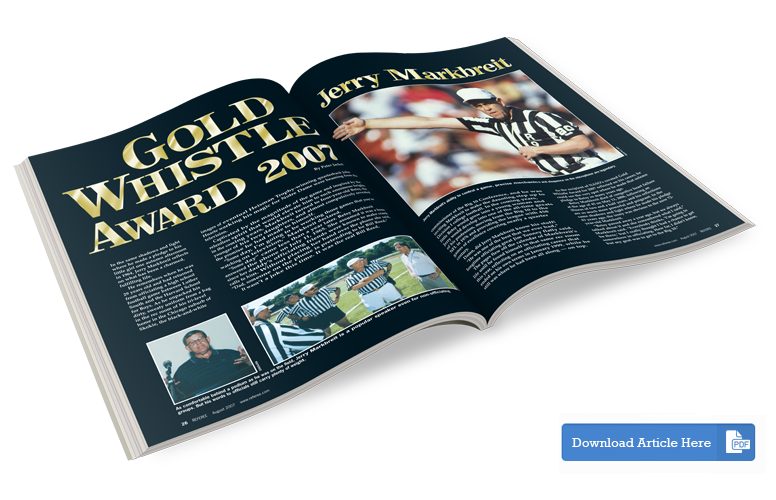 What people have said about Jerry Markbreit:

“In how many years it’s been for the NFL, there have been probably three referees that stood out in the different ages and Jerry Markbreit is certainly one of those. There certainly has been no one with any greater influence on my career than Jerry Markbreit. I couldn’t speak enough of what I think about him as a referee and, even more importantly, as an individual. I think Jerry is just a wonderful human being and I am both proud and honored to count him as a friend. He has been a tremendous mentor to me.”

“He was one of the best that we ever had.”