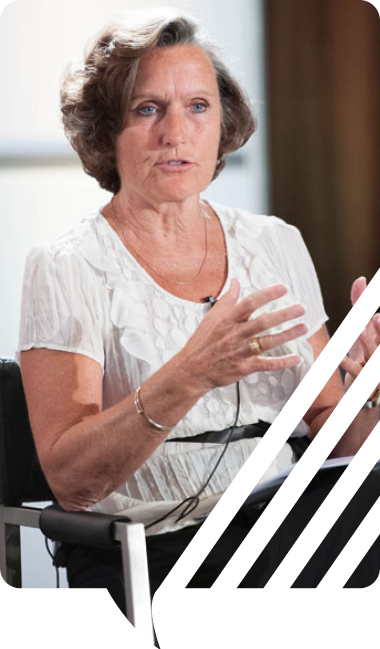 Influential leader who has helped shape the volleyball industry as a player, coach and official.

Powell serves on the USA Volleyball Board of Directors. She traveled in 2008 with the Women's National Team as team leader to the Pan Am Cup, the World Grand Prix and to the Olympic Games in Beijing.

She was head coach at Colorado Springs (Colo.) Palmer High School in 1975 before serving as head coach at Coronado High School in Colorado Springs from 1976-2006. She won state titles in Class 3A (1983), Class 4A (1988) and Class 5A (1992) at Coronado, and was named Coach of the Year seven times. She also was a 1989 Colorado Teacher/Coach of the Year nominee, as well as 1992 Disney Salutes Teacher of the Year national finalist — all while helping 30 players receive volleyball scholarships.

Powell is the first person to be named NCAA Coordinator of Volleyball Officials, a position she has held since 2011, when the NCAA hired her to coordinate officials and launch its volleyball officiating program.

Powell played at Arizona from 1969-73, helping the Wildcats to the 1971 AIAW national championships as a sophomore. She was named a United States Volleyball Association (USVBA) Senior Division All-America selection from 1988-1992 and played on USVBA National Championship teams in 1988, 1989 and 1991.

Joan Powell appeared in a feature article in the September 2014 issue of Referee Magazine. 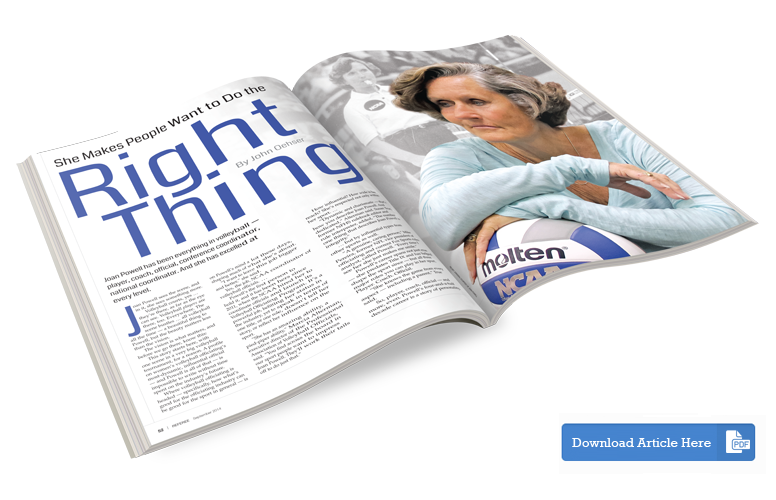 What people have said about Joan Powell:

“She’s as sincere as they come. It comes across. Even when she’s in front of a group talking to 300 officials, I guarantee most of them feel like she’s talking just to them. That comes from applying her own path, her own life lessons.”

Executive director of the Professional Association of Volleyball Officials

“Every time she addresses somebody, she is so humble. It’s always about the person that she is talking to. Whether it’s a friend in a non-officiating conversation or an official in an officiating conversation, she wants to make that person grow and she wants to find out about that person. “When you see her interact with people — whether it’s in a private meeting or a national meeting — she’s incredible in the way she comes across to people and teaches people.”

“She comes into volleyball from every angle. You’d like to think knowing the rule is the most important thing about officiating. A lot of people know the rules. But knowing that it’s a stressful environment, and knowing how to handle that and having the ability to stand by a decision, is just as important. “She could look you in the eye after a call, good or bad. She knew how it was as a coach and she knew how it was an official. She knew how it was a player. She always blended those things.”