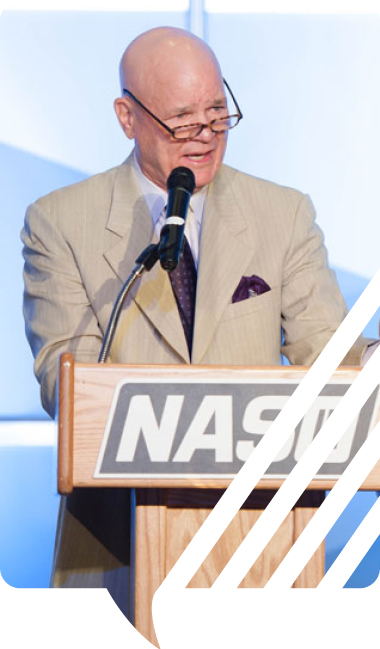 One of the most instantly recognizable sports officials of all-time.

Crawford comes from a background of officiating. His father Shag Crawford is a retired MLB umpire. His brother, Jerry Crawford is an active umpire. Crawford tried baseball but quickly fell in love with the game of basketball and went his own path within the family officiating tree. In addition to his work in basketball, Crawford is heavily involved in helping his hometown community of Philadelphia.

Joe Crawford appeared in a feature article in the August 2014 issue of Referee Magazine. 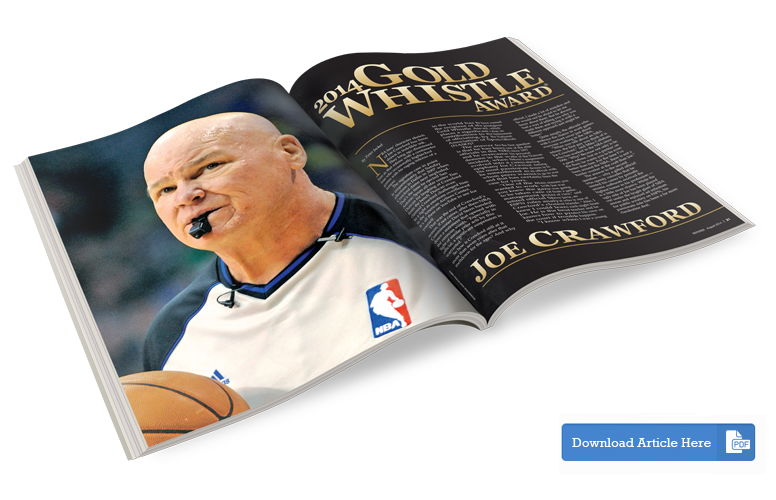 What people have said about Joe Crawford:

“Joey depicts what every official should strive to be. That’s someone who got to the top of his game early, but always worked to stay at the top of his game and never stopped trying to improve. He always has been a caring and giving individual to lots of individuals, lots of organizations and has been very quiet in that regard, but had that hothead image. But he worked hard to change that and he’s worked hard to realize that just didn’t get him where he personally wanted to be. Some people who are at the top of their game might say, ‘Nah, I got here for who I am and they’re just going to have to accept me for who I am.’ But he said, ‘No, I need to change.’ He’s someone I call a friend, but I also admire him as someone you want to be like.”

NFL referee and former chair of the NASO board of directors

“From hotel employees to van drivers to the neighborhood parish in which he was raised, Joe has been a selfless giver who is quick to make those working hard for a living feel included, validated and welcomed through his sense of humor and questions about their lives. I’ve seen the neighborhood corner shoe repair man, ‘Lou the Shoe,’ have a lighter step when Joe walks in with shoes. I’ve seen a young referee’s demeanor change for the better when Joe Crawford offers words of encouragement. I’ve seen it so many times that it has become clear to me that this is the totality of the man and the public ideas about him are more shadow than substance.”