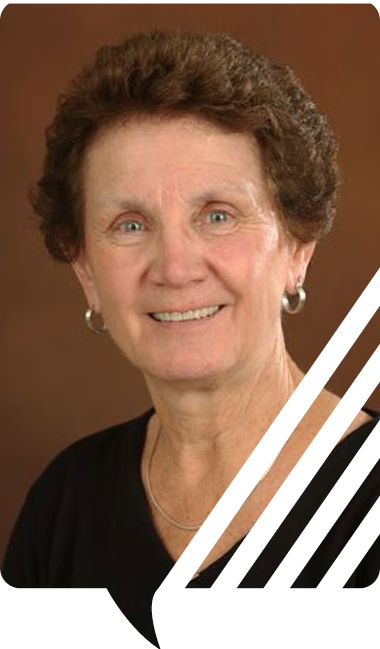 One of the leaders in the evolution of NCAA women’s basketball.

In addition to her work in basketball, Weston was heavily involved in Central Michigan University athletics, serving as field hockey mentor from 1972-74, women’s basketball coach from 1974-76 and women’s volleyball coach from 1974-1988. Her volleyball teams won four straight titles from 1997-80 and her 1981 team went 54-14, setting a school record for wins in a season of any sport. She also served as an administrator in Central Michigan University’s athletic department.

Weston was a member of the NASO board of directors from 1999-2003, serving as chair in her final year. She’s a founding member of the Officiating Development Alliance, a group of collegiate and professional officiating supervisors that shares best practices in officiating across various sports.

Weston has received numerous awards for her contributions to women’s athletics, including the 2013 Naismith Women’s College Officials of the Year award, and she was inducted into the Women’s Basketball Hall of Fame in 2000.

Marcy Weston appeared in a feature article in the August 2008 issue of Referee Magazine. 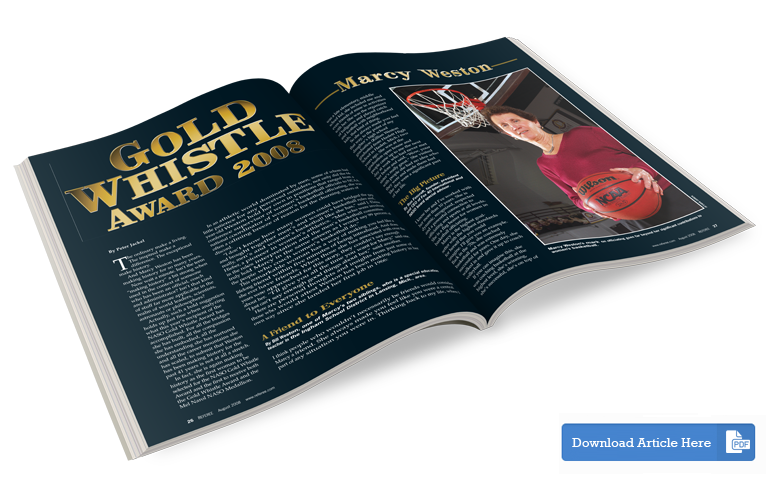 What people have said about Marcy Weston:

“She is a great presenter and motivator. I remember coming up through the ranks and becoming a Division I official. The thing that impressed me the most and why I loved going to clinics in the fall was to hear Marcy speak. She was so eloquent, so passionate and one of the things I loved the most was the fact she would end every clinic with some inspirational anecdotes — whether it was a book that she had read or someone she had spoken with or a clinic she had attended, it was motivational things we could take with us into the season. … And they weren’t about officiating. They were about life. She was always able to translate life lessons into the officiating world and make them applicable and motivational for officials. I kept copious notes and almost every official in attendance would. We’d carry those throughout the season. So while she’s a wonderful person, warm, funny and just a joy to be around, I think the impact she made on officiating speaks for itself. But just that little thing – the inspirational anecdotes. Again, it affected thousands of people and it’s probably something those thousands of people have taken with them over the years.”